Analog Dialogue: The Homeless Sign Project takes an interactive approach to the topic of the homeless. The idea is to provide homeless people who use cardboard signs for the solicitation of funds with new signs that utilize art in place of the standard text request. This series is made up of over 30 signs(and counting) that I am actively distributing to homeless people. It also has video and photographic documentation of the signs with their new owners and in use. All of the participants are given signs to use and then later possibly to sell them as Art pieces. Each sign is signed and titled on the back. It is my hope that the art will bring them a greater flow of donations and the images help others think more about the disenfranchised and their plight. 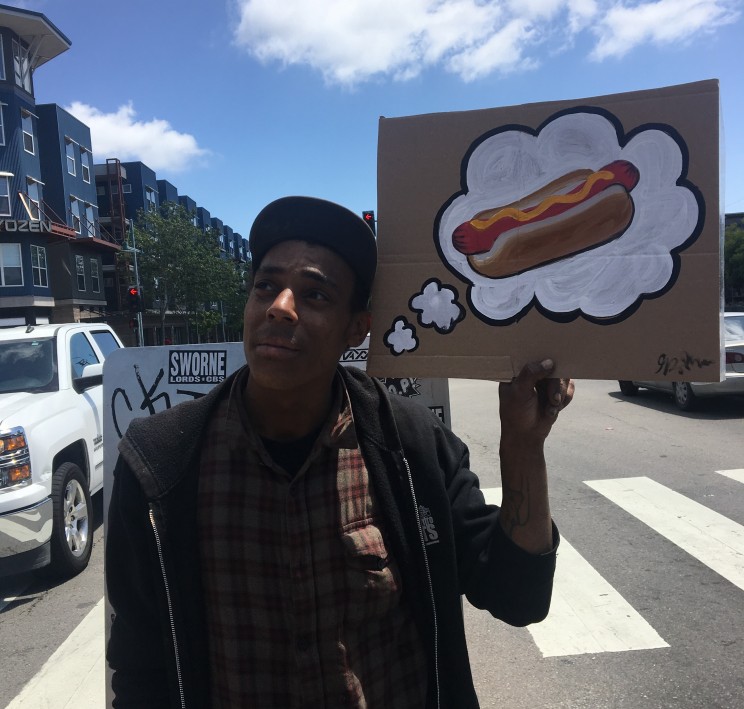 In the bay area and around the country the plight of the homeless grows and the numbers swell.  I have made a considerable amount of work that was reactionary political statements, however I wanted the work to go beyond a statement on the wall or internet, and try to impact the community directly to create a new dialogue between those who are less fortunate and “the haves” who many times become blind to the circumstances of their fellow humans.
This is an ongoing series as the signs are continued to be produced in my studio and given out to the homeless on a regular basis. The display of this work as a gallery exhibition will include video, photos of the recipients and their signs and actual signs. 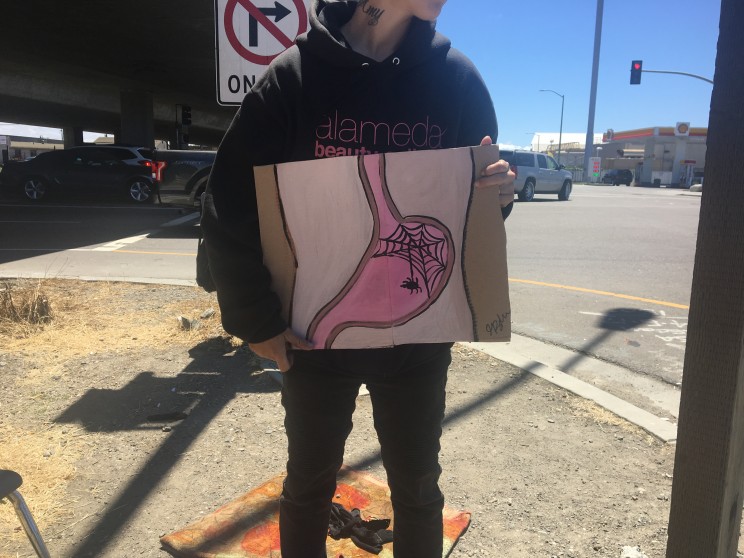 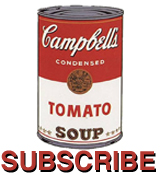